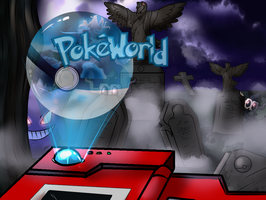 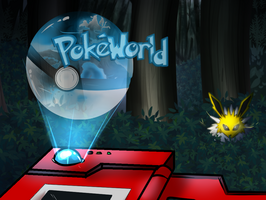 Some of you may already know me, I'm Bioblaze Payne the person to created Pokeworld. It all started as a Discord bot, a year ago. It was fun for the first few months then it got really really tough. Trying to build around a platform that didnt have limitations just had so many users to interact with right off the bat. It caused alot of issues. Some with Resources, some with Money, others with Time and the amount of rewriting had to be done to make things work. Over and over, revision after revision. Until finally I hit a point where I no longer knew what to do. I spent another few months rewriting it again, only for it to fail again. Then it dawned on me, Let's try something different. I moved outside of Discord, and into my own stand alone server using raw tcp It worked incredibly well but it wasnt what I wanted to bring to everyone, and how many people know how to use putty anyways? know how to access telnet? The people I did ask to help test it didnt even know where to begin. So I thought, why not just make a Client for it? So I did, and here we are. Year+ Later and something is finally coming out of it.

Took alot of revisions, and alot of utilities and applications to be made before I was forced to do this, and it is working out so well. This is the First Build, very very very very very first build. I'm in the middle of rewriting the Realm Service, and seperating all the Login Logic and things that work with it, from the Game Service. Expect alot more builds to come after this.

Today is 11/19 wonder what Build you'll be on when you read this.

Pokeworld was a Text Based MMO on Discord, now it has Broken Free from Discord to be its own Stand Alone Game!